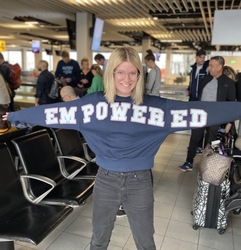 2007-Present
I commenced writing about arts and culture first though my blog in 2007 and then with a column on Flash Art Online, called New York Tales in 2011. Past and current clients include New York Magazine, CULTURED, Grand Life (SoHo Grand), Artnet, BOMB, The Creative Independent, Galerie, W, SCULPTURE, Coolhunting, and more.

Founder
Online venue that focuses on contemporary art. Coverage includes art reviews, interviews, studio visits and previews. We have rotating contributors but I do most of the content creation. Other contributors include Kari Adelaide, Sarah Walko, and Jongho Lee.

I wrote, “26 Female Artists on Lynda Benglis” (which went viral on twitter), an interview with “Jerry Gorovoy on working with Louise Bourgeois” (which included a personalized tour of Bourgeois Chelsea home), “10 Black Artists on Ebony and Jet Magazines.” These are career highlights for me wherein I worked with Senior Art Critic Jerry Saltz and editor David Wallace-Wells. These articles attracted a multitude of readers globally.

I have written several high profile articles for Cultured Magazine including interviewing Helmut Lang, Cecilia Alemani, Shayne Oliver, a preview on the new Italian art space with a focus on Arte Povera in the Hudson Valley called Magazzino and others. One of my favorites interviews was with Takashi Murakami at Galerie Perrotin, New York.

Contributor
Highlights of articles written for Grand Life include interviews with actor and gallerist Leo Fitzpatrick and Jose Freire of the now defunct, Team Gallery.

Contributor
Galerie Magazine focuses on contemporary art, lifestyle and the art market. I have covered several art fairs for Galerie including ArtBO in Bogota, which I have been attending since 2013.

I have written various stories for Artnet including a recent review of "The Young Rembrandt, Rising Star" an exhibition at the Museum De Lakenhal in Leiden, the artist's hometown. I was invited to Holland and was the only American Jouranlist on the trip. Past coverage includes a market report from the 2016 Biennale des Antiquaires in Paris, an introduction to a monograph focusing on the UBS Art Collection, a review of Marisa Merz at the Met Breuer, an article on Cory Arcangel and Olia Lialina at the Kitchen and more.

New York Correspondant (until 2016)
I have a contributed countless reviews to Flash Art International. Highlights include texts on artists Laurie Simmons at the Jewish Museum, Rebecca Horn at Sean Kelly, Gregor Hildebrandt at Galerie Perrotin, Tobias Rehberger in collaboration with Rirkrit Tiravanija, Ragnar Kjartasson in performance at MoMA PS1 amongst others.

Sotheby's Institute of Art: Summer School, 2019
I taught a summer intense on PR, Marketing and Communications in the Artworld to a group of 21, mostly international students. The course allowed me to exhibit my perception of PR and Marketing through the eyes of an art writer, and included several guests to the classroom and site visits.

NYSID/New York School of Interior Design, 2019 to Present
Adjunct Faculty, Continuing Education: I teach Social Media for the Interior Designer and also How to Curate Interiors with Contemporary Art, both Spring and Fall 2019.

Art Mentor, for NYU Studio Art students 2009-2011
Worked with several NYU students in a mentor format, speaking about art, critical thought and studies, as well as career choices and opportunities.